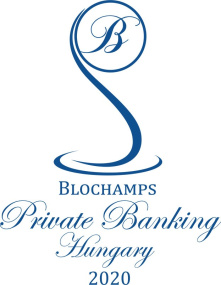 Although, the Hungarian market’s ratings in international journals are basically credible, the information provided to them by most corporations is so inaccurate and lacking in detail that the basis upon which their awards are bestowed are typically limited or incomplete. However, there are some prizes that completely miss the substantive situational knowledge about the processes of the Hungarian private banking market. Moreover, sometimes they rate in such international categories that can’t be terpreted in the domestic sense of services. We think we have the objective and independent value judgement to be able to undertake the appreciation of the profession’s excellences through Private Banking Hungary Award. In accordance, for the first time in 2015, PBH prizes we awarded in three objective and two subjective categories, celebrating the performance of the sector.

We are unique, and we have learned in the competition to create quality.